In Iceland, we have a special relationship with hot water, and the country’s swimming pools play a greater role in public life than they do in neighbouring countries. Geothermal energy and hot water play a major part in the history of the pools and in many ways are their very foundation. Icelanders were generally quite late to pick up swimming, mainly because of the lack of facilities.

The video clips here are from the Swimming Stories documentary by Jón Karl Helgason. It was produced by JKH-Kvikmyndagerð and the music was composed by Ragnar Zolberg. The film is scheduled to be premièred in the spring of 2022. 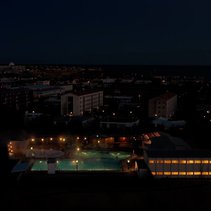 The Vesturbæjarlaug swimming pool was opened in 1961 and is located on Hofsvallagata in the western part of Reykjavík. It is the first public swimming pool where hot tubs were installed and the original tubs are still in use.
Watch 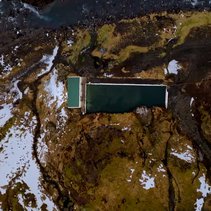 The Seljavallalaug pool is in Laugarárgil under the Eyjafjöll mountains and was opened in 1923. It was first constructed with stones and subsequently with concrete. It is the oldest pool in the country and is still in use.
Watch 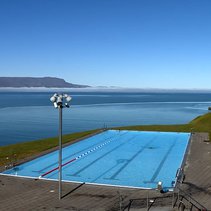 The swimming pool in Hofsós was opened on Women's Day on 19 June 2007. It was a gift to the residents from female entrepreneurs Lilja Pálmadóttir and Steinunn Jónsdóttir. The view from the pool of Drangey, which is known for Grettir the Strong’s famous swimming feat, is unique.
Watch 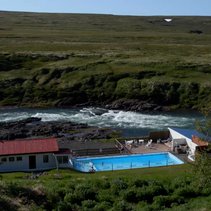 The Selárlaug pool is in the valley of Selárdalur in Vopnafjörður and was inaugurated in the summer of 1950. It gets its hot water from a nearby spring and stands on the banks of one of the most copious salmon fishing rivers in the country.
Watch 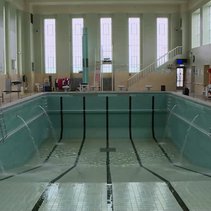 The Sundhöllin public baths in Reykjavík are on Barónsstígur and were opened in 1937. The idea of building a pool had been aired since the turn of the century, but the operation of a district heating system in Reykjavík began in 1930 when the Austurbær school, which stands right next to the baths, was connected.
Watch 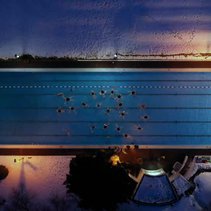 The swimming pool in Laugaskarð is on the banks of the Varmá river in Hveragerði and was opened in 1938. After the pool was expanded to 50 meters, for many years it was the largest swimming pool in the country and the national Icelandic swimming team trained there.
Watch 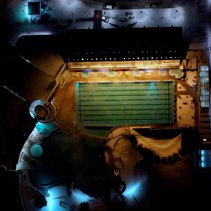