Reclamation of the Elliðaárdalur Valley

Since the wooden penstock pipe of the one-century-old power station at Elliðaár broke in 2014, it was doubtful whether electricity generation would resume there. The pipe was declared useless, its renewal expensive and the generating capacity of the power station small. Thus, in 2020, a formal decision was made not to discontinue electricity generation in the station for the foreseeable future. Instead, efforts were started to regenerate the site as a history and technology exhibition at Orkuveita Reykjavíkur's premises in the valley.

Elliðaárstöð is the name of the project and is a new experience in Elliðaárdalur Valley where children and adults learn about history and science in a live game. Considerable construction has taken place and the area has been reshaped to serve a new role, but the Covid-restrictions of recent months have delayed the operation's progress. Rafstöðin's 100th anniversary, on June 27, 2021, was low-key due to this. 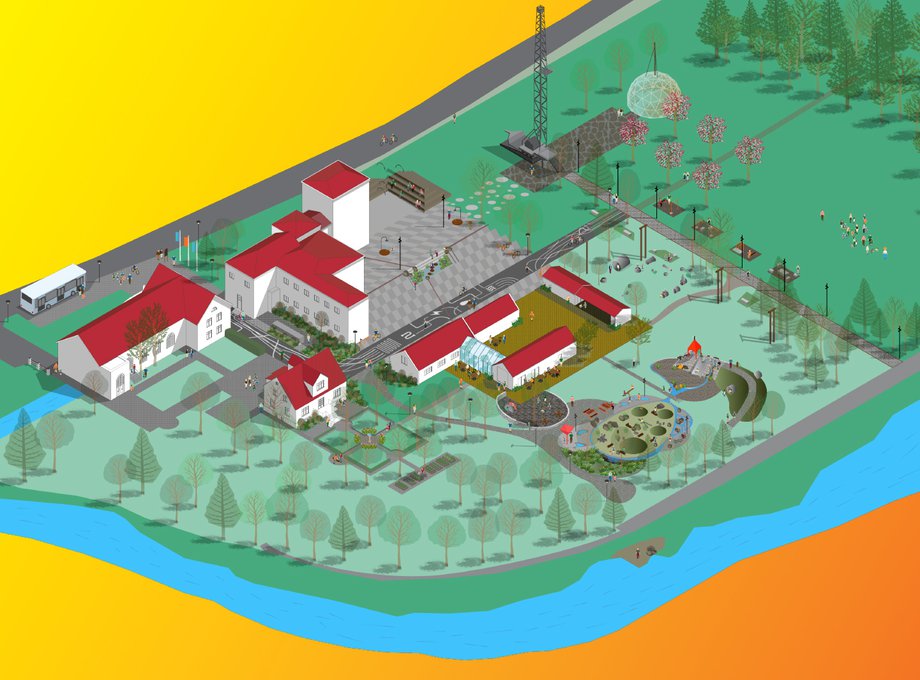 At the beginning of 2019, Reykjavík Energy held a competition for the concept of a history and technology exhibition on the power station site to celebrate the 100th anniversary of Elliðaár power station. The design team Terta won the competition and construction began in October 2020.

Now, that it is clear that electricity production has been discontinued, Reykjavík Energy has a legal obligation to submit a decommissioning plan which explains how "the environment [is] brought as far as possible to the previous state," as stated in the Icelandic Water Act. Research by OR on ecosystems and structures is currently underway to prepare such a plan.

In the year 2020, encroachment on nature by filling and emptying Árbæjarlón alternately in autumn and spring was stopped. It was controversial, but research in 2021 indicates that the move to stop creating such instability in the river ecosystem has already benefited salmon in the river.

After the Árbæjarlón reservoir was emptied, seeds were spread to the old bottom and the banks and vegetation soon started recovering.

Veitur Utilities made several videos in the year 2021 where the focus was on changes in the commuting of young people. The bus is one of these and here you can see on board a brand new electric bus that was marked Elliðaárstöð on the occasion of the Power Station's 100th anniversary.