Veitur Utilities manages the infrastructure and operation of wastewater systems in Reykjavík, as well as Akranes and Borgarbyggð in West Iceland. Wastewater from Kópavogur, Mosfellsbær and Seltjarnarnes, in addition to parts of Garðabær, is treated in wastewater treatment plants at Ánanaust and Klettagarðar. The infrastructure serves approximately 60% of the population. 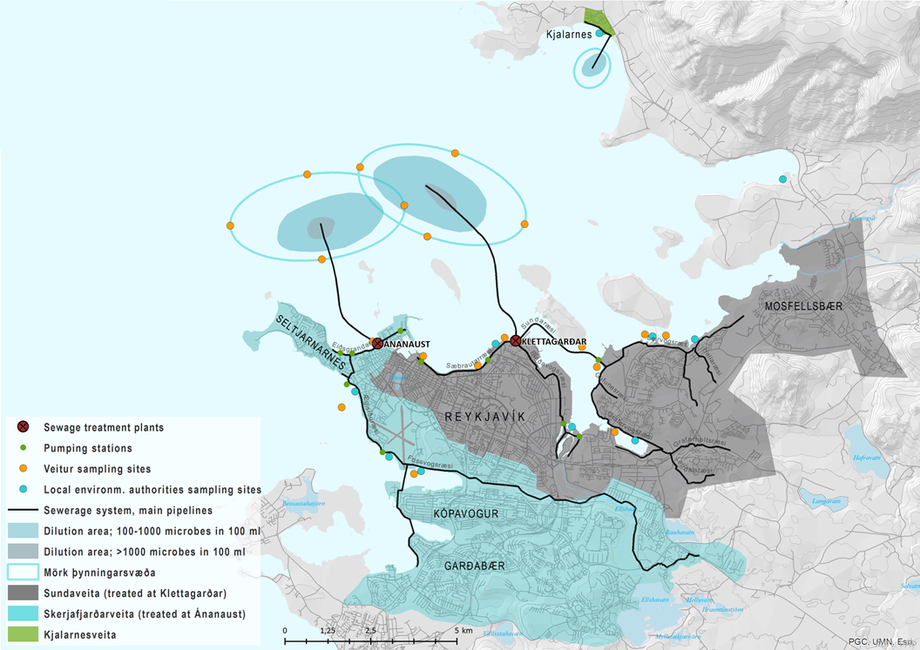 Wastewater from about 60% of the population in Iceland is treated in sewerage treatment plants at Ánanaust and Klettagarðar in Reykjavík. 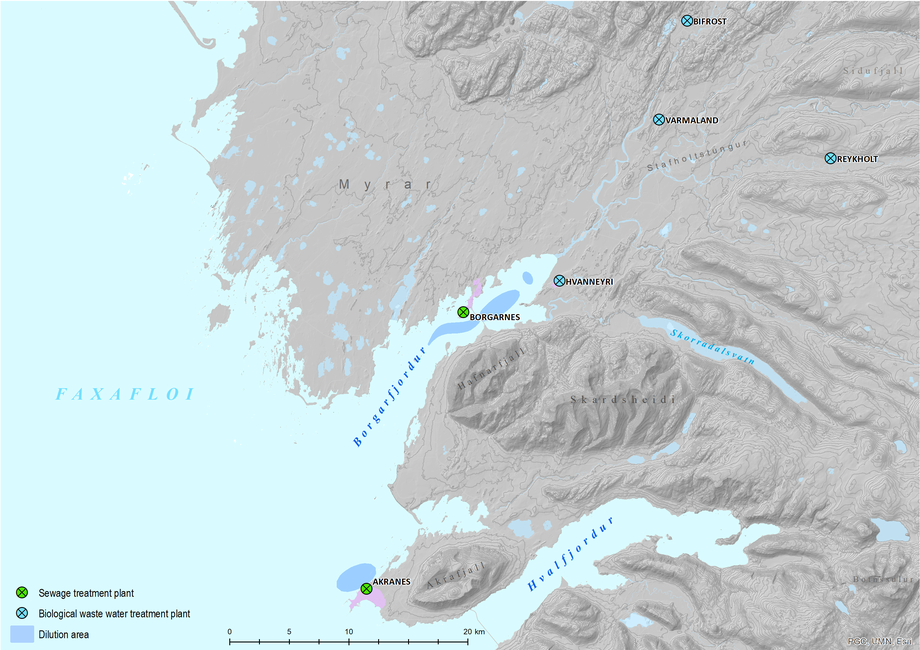 Residents and businesses in Veitur Utilities' accumulation area have access to utility systems and sewerage treatment plants, in accordance with law and regulations.

Veitur Utilities’ long term objective is to ensure that the coastline is always clean, as the shore is defined as an outdoor recreational area. However, the discharge of unfiltered sewage via overflows is an inseparable part of the sewerage system, which has been developed over the last decades. This kind of discharge will continue to be the case as long as sewage and surface water is mixed in the receptor, which accounts for approximately 28% of the sewage collection system.

Effective measures taken to reduce the discharge of unfiltered sewage via overflows are, e.g. the development of procedures to systematically search for leaks, revision of procedures in the servicing of pumping stations, and extensive investments in the pipe system to divert surface water from the sewage system, such as at Hlemmur and Vesturgata areas in Reykjavík. In 2021 new procedures have increased the operational security of sewage pumping stations, as well as making it now possible to carry out servicing the stations without adjourning their operations and releasing wastewater directly into the ocean. A new procedure was tested and proved successful in 2021, e.g. sewage from the treatment plant in Ánanaust was partially treated despite the fact that the plant had to be taken out of operation due to urgent maintenance. Furthermore, these measures support improved working environment and employees' safety. Currently, a long term plan is being developed to fully keep infiltration of extraneous water from the sewerage system. This is well under way e.g. in Vatnsmýri, Laugalækur and Rauðará areas, as can be seen on Veitur Utilitie's website.

Environmental monitoring took place in the summer of 2021 at the main outlets of Veitur Utilitie's sewage treatment plants outside in the ocean near Reykjavík and in Hofsvík near Kjalarnes. Mussels were grown at the outlets as pollution indicators for various analysis. In addition, water samples were taken from the oceanwater at the outlets. This can be used to assess whether the discharge of treated sewage is having a measurable effect on the ocean, and if so, to what extent. Results are expected in the first quarter of 2022.

The concentration of microbes in the vicinity of outlets from Veitur Utilities’ biological sewerage treatment plants in West Iceland has exceeded the limits prescribed in the operating licence over the past few years. In 2021 and, an improvement project was launched for this purpose.

All annual overview reports of sampling and measurements, are accessible on Veitur Utilities’ website.

Veitur Utilities continue working on the implementation of blue-green surface water solutions, in collaboration with municipalities, to minimise the flow of rainwater from streets, roads, and other areas into the sewerage system, and reduce the probability, and likelihood, of discharge through the system into the sea. Residents and businesses have expressed their interest in curbing the flow from their premises with blue-green surface water solutions.

Veitur Utilities has reiterated that toilets should not be used like dustbins, as disposable disinfectant- and wet wipes, along with other garbage in the sewerage systems will inevitably result in too much strain on the equipment at treatment plants, and the environment.